My biggest goal for 2017 is to help you to claim the ownership of your image. Many factors in life and success depend on other people and sometimes just on plain luck. But your image is one of the few things you have full control of.

This year it’s time to start acting like you own it, big time. No apologies, no regrets. It’s yours and it always was. 2017 will reveal the best in you!

I would also like to inform you that I on Image’s new 2017 price list will be released on 31st January 2017. My services are now still available for 2016 pricing for appointments made in January 2017 and used latest February 28th 2017. Book your appointment here.

-Jenni
Your image consultant with an eye for detail

Published by I on Image

Jenni Ryynänen is an image consultant I on Image. Her services include personal styling and personal shopping. Based in The Netherlands. Wild about accessories and fabulous basics. Believes that fashion belongs to everyone. Fascinated about the hidden messages we give with our style. Owns too many brocade coats. Must be caffeinated at all times. Loves autumn, sushi and Netflix. View all posts by I on Image 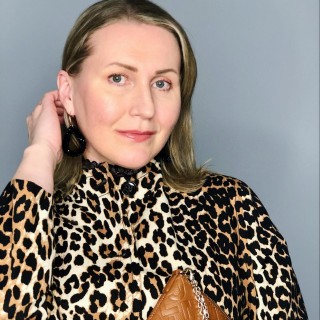 Jenni @ I on Image

Welcome to my Image & Style blog! I am Image Consultant & Personal Stylist Jenni Ryynänen. My company I on Image is helping you to put your best foot forward in Amsterdam and online since 2015. These articles will help you to invest in your image and take your personal style to the next level. Subscribe and don't miss a thing! https://ionimage.nl/blog/